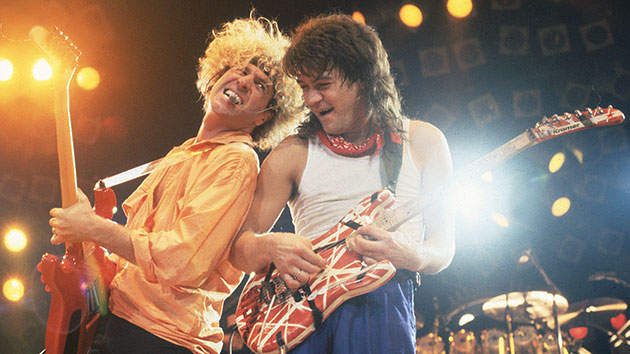 Another day, another ‘will-they-or-won’t they?’ story about a Van Halen tribute concert to Eddie Van Halen featuring past and present members.

The answer remains no, with the latest update coming from former frontman Sammy Hagar, who says he and drummer Alex Van Halen aren’t even on speaking terms right now.

Appearing recently on Sirius/XM’s Trunk Nation with Eddie Trunk show, Hagar was asked if there had been any progress on a rumored tribute show to the band’s late guitarist that’d feature guitarist Joe Satriani and Metallica bassist Jason Newsted joining Alex for a show. According to Blabbermouth, Hagar revealed he was approached and was up for it, but under one condition.

“I’ll do anything with Al and Mike and play music with people, but it’s not gonna be Van Halen,” Hagar shared. “There is no Van Halen, I don’t care what anyone says. Wolfie is Van Halen, okay?”

Hagar of course was referring to Eddie Van Halen’s son, Wolfgang, who replaced estranged bassist Michael Anthony in Van Halen some 15 years ago before achieving Grammy-nominated success with his own band, Mammoth WVH.

But what to call the band apparently isn’t the issue. Asked if original frontman David Lee Roth was the holdout, as rumored, Hagar replied, “It ain’t just one guy. Alex Van Halen and I don’t talk,” adding that he “reached out” to the drummer after Anthony “had a sad thing happen in his family…and [Alex] wouldn’t return my call or my e-mail. And so I said, ‘You know what? F*** it. It’s not on the top of my list, my agenda.”