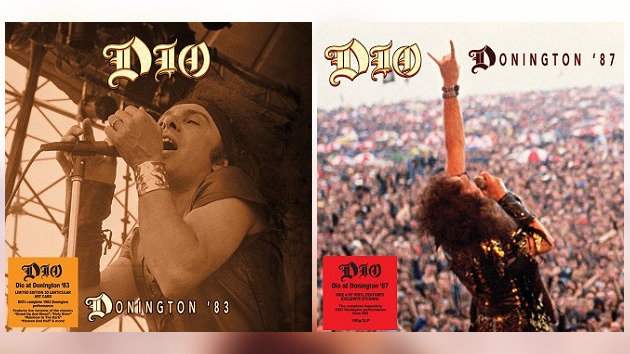 A pair of archival live albums capturing metal legends Dio performing at the Monsters of Rock festivals in Donington, England, in 1983 and 1987, respectively, will be released September 23 on CD and as limited-edition two-LP vinyl sets.

Dio at Donington ’83 features the Ronnie James Dio-led band performing in support of its debut album, Holy Diver. The group’s set featured renditions of four songs from Holy Diver, as well as select tunes from Ronnie’s stints with Rainbow and Black Sabbath, including Rainbow’s “Stargazer” and “Man on the Silver Mountain,” and Sabbath’s “Heaven and Hell” and “Children of the Sea.”

Dio at Donington ’87 captures the band performing shortly after the release of its Dream Evil album. Dio’s set included three songs from Dream Evil, the title tracks of their Holy Diver and The Last in Line albums, and select Black Sabbath and Rainbow tunes.

And here’s the full Dio at Donington ’87 track list: