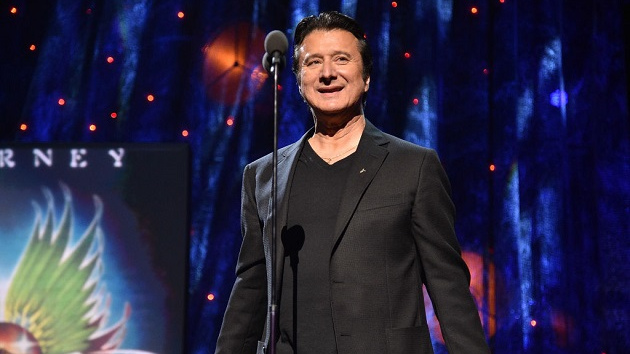 Former Journey frontman Steve Perry has received a lot of media attention thanks to a pair of remixes of his old band’s 1983 hit “Separate Ways,” which appear on the soundtrack of the latest season of Stranger Things.

During an interview on the Rock Classics Radio show, Apple Hits Music DJ Jenn Marino asked him what song he’d like to hear accompanying his scene if he appeared on an episode of Stranger Things.

While the series is set in the 1980s and usually showcases songs from that era, Perry said he’d want to feature a tune by his favorite 1960s soul singer.

“Well, first of all, I would be driving to school in am … really beautiful GTO, and out of the speakers of the car, I would love to hear some Sam Cooke,” Steve declared. “I mean, you’d have to allow that generation to start to discover that by having one guy in the car, a young-looking Steve Perry … playing ‘Cupid’ or [another Cooke tune].”

Steve then settled on a different song and proceeded to serenade Jenn with a verse from Cooke’s posthumous 1965 single “When a Boy Falls In Love.”

“I mean, that song cripples me,” he added. “It’s so teenage and so true. So that’s my choice.”

Perry also discussed how he wound up collaborating on the second of the two “Separate Ways” remixes for the Stranger Things season 4 soundtrack. He explained that he contacted series creators, the Duffer Brothers, and offered his services after he heard the first remix, which was used in the new season’s first trailer.