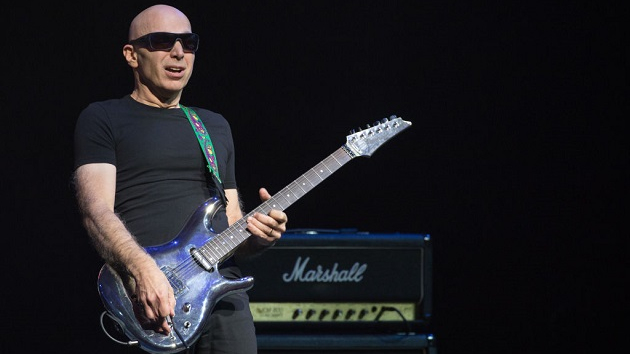 After postponing many concerts over the last two years because of the COVID-19 pandemic, Joe Satriani is finally returning to the road this year with his global Earth Tour.

The trek will kick off with an expansive, 40-plus-date North American leg that begins on September 21 in Riverside, California and is mapped out through a November 19 show in Dallas, Texas.

The concerts, dubbed “An Evening with Joe Satriani,” will feature two-and-a-half hours of music, including songs from throughout the rock-guitar virtuoso’s decades-long career. Since Satriani last toured, he has released two new studio albums, 2020’s Shapeshifting and this year’s The Elephants of Mars. He plans to showcase material from both records on the trek.

“The thought of going on tour again…it’s such a wonderful dream, to think we’re gonna be able to travel the world and play live shows every night,” he says in the clip. “But, kind of like before every tour, everyone has to work at home for a very long time…I usually like six weeks, you know, to run through shows just on my own, and make sure I got all my finger positions together and I pick the right guitars and have all the right pedals and all that kind of stuff.”

Tickets for the Earth Tour are available now, and special VIP packages can be purchased at Satriani.com.

Following the North American leg, Satriani has plans to head to Europe early next year to play makeup dates.