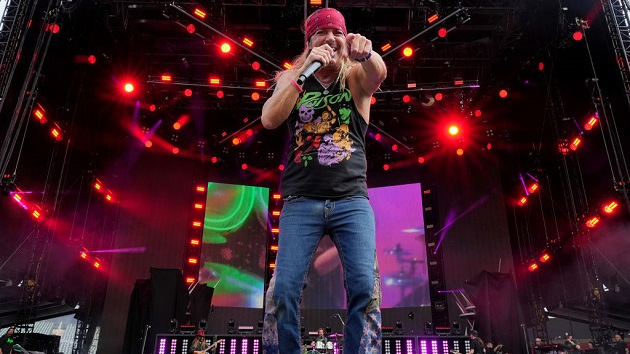 Poison frontman Bret Michaels has been chosen for induction into the Central Pennsylvania Music Hall of Fame this year, after his band was part of the institution’s inaugural class in 2020.

Michaels, who grew up in the central Pennsylvania borough of Mechanicsburg, is being recognized individually for his contributions as a solo entertainer, philanthropist and entrepreneur.

Michaels will be performing with Poison Tuesday night in Hershey, Pennsylvania, as part of The Stadium Tour with Def Leppard, Mötley Crüe and Joan Jett & the Blackhearts. He plans to return to his home state in the fall to accept the honor.

“Being born and bred in Pennsylvania, I am proud to be inducted as an individual into the Central Pennsylvania Music Hall of Fame, with Poison also having also been inducted on the first-ever ballot,” Michaels says in a statement. “I am beyond excited to be playing Hersheypark Stadium this evening. Come rain or shine, it’s going to be a party and the people of Pennsylvania always rock my world.”

Adds Central Pennsylvania Music Hall of Fame President Brandon Valentine, “As a non-profit organization focused on music education for the local youth, the CPMHOF is honored to recognize Bret Michaels in a positive light. Bret has always held a special place in the hearts of Central Pennsylvanians.”

In addition to his achievements as a member of Poison and a solo artist, Michaels is a reality TV star and producer, and a successful businessman who displayed his entrepreneurial savvy as a winner of Celebrity Apprentice. In addition, Michaels, who was diagnosed with Type 1 diabetes as a child, has long been involved in helping support people with the disease, which is a main focus of his Life Rocks charitable foundation.