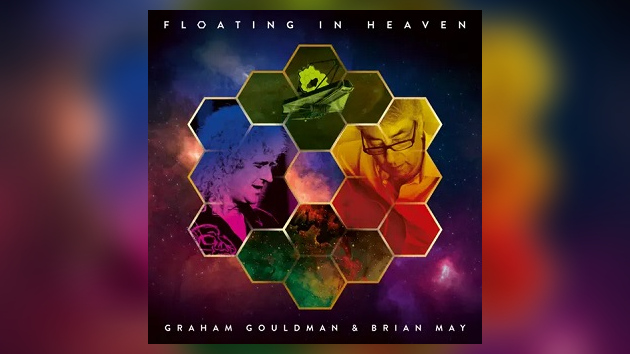 Queen guitarist Brian May has teamed up with 10cc frontman Graham Gouldman for a new song called “Floating in Heaven,” which was released Tuesday in celebration of the historic first images sent to Earth from the James Webb Space Telescope.

The song was written and sung by Gouldman, who also played a number of instruments on the track, while May contributed lead guitar and backing vocals.

The James Webb Space Telescope was launched in December 2021, entered into Earth’s orbit in January of this year and became operational this week. It’s the most powerful telescope ever launched into space and is intended to succeed NASA’s Hubble telescope.

May, of course, has long been passionate about astronomy and earned a PhD in astrophysics from London’s Imperial College in 2007, while Gouldman is also enthusiastic about space science.

“Floating in Heaven” is available now via streaming and as a digital download. To accompany the melodic, atmospheric tune, an animated video depicting the James Webb Space Telescope being launched and activated has debuted on Queen’s official YouTube channel and the Space Telescope Science Institute’s YouTube channel.

You can check out the initial images that the telescope sent to Earth at NASA.gov.