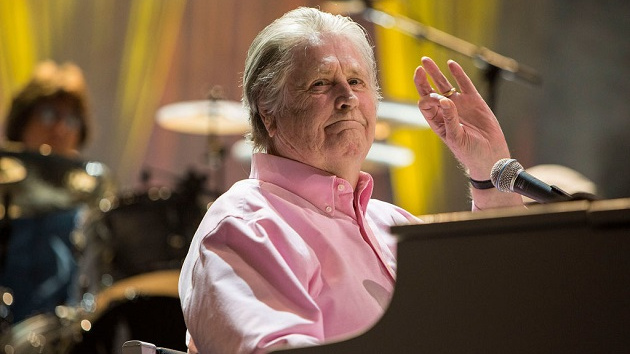 Wilson wrote the music to nearly all of his famous band’s best-known songs, from the Southern California group’s early surf-rock classics to their complex, multilayered recordings of the mid-1960s and beyond.

With his impressive gift for vocal harmonies and musical arrangements, Wilson helped craft one of the most celebrated albums of all time, The Beach Boys’ Pet Sounds, as well as the equally lauded follow-up single “Good Vibrations,” which topped the Billboard Hot 100 in December ’66.

Wilson’s most recent album with The Beach Boys, That’s Why God Made the Radio, was released in 2012, coinciding with the band’s 50th anniversary. In recent years, he’s focused on his solo career. His latest studio album, At My Piano, was released in November 2021 and features solo piano versions of many classic Beach Boys songs.

Wilson continues to tour with his solo band, which features Jardine and one-time Beach Boys singer/guitarist Blondie Chaplin. They recently launched a co-headlining trek with Chicago.