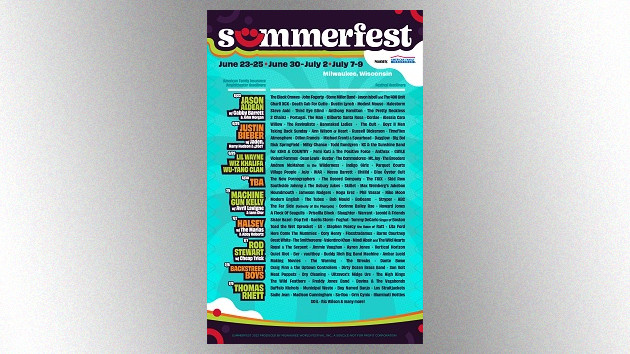 The full list of performers for the 2022 edition of Milwaukee’s annual Summerfest has been announced and, as usual, it features popular artists from a wide variety of genres, including quite a few veteran acts.

Among the dozens of stars who will entertain the crowds this year at the festival grounds are Steve Miller Band, Heart‘s Ann Wilson, John Fogerty and The Black Crowes.

Tickets to Summerfest will grant you access to performances at the various ground’s stages, although premium seats for select headlining shows will be available for an additional charge. Multi-day passes also are being sold.

Also, a series of separate ticketed events will be held at the American Family Insurance Amphitheater. These include a previously announced July 7 concert featuring Rod Stewart and Cheap Trick.

To buy tickets and check out a full lineup and schedule, visit Summerfest.com.