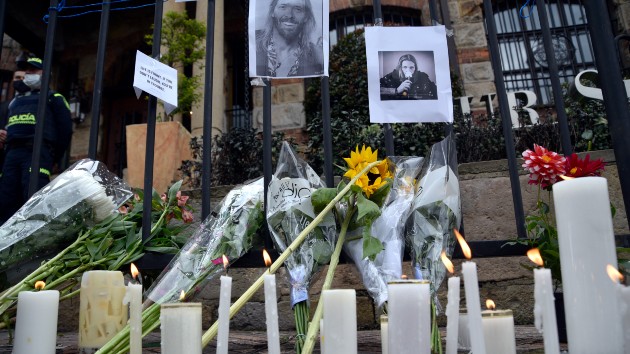 As you might have predicted, Foo Fighters‘ tour is not going forward in the wake of the shocking death of drummer Taylor Hawkins.

“It is with great sadness that Foo Fighters confirm the cancellation of all upcoming tour dates in light of the staggering loss of our brother Taylor Hawkins,” reads a statement from Dave Grohl and company.

“We’re sorry for and share in the disappointment that we won’t be seeing one another as planned,” they continue. “Instead, let’s take this time to grieve, to heal, to pull our loved ones close, and to appreciate all the music and memories we’ve made together.”

The band had a series of dates planned for May, July and August, as well as an additional leg that was to have started in September.

Hawkins, 50, was found dead in his hotel room Friday night in Bogota, Colombia, where the band was scheduled to perform at a festival. While an official cause of death hasn’t been announced, officials in Colombia stated that 10 different substances were found in Hawkins’ urine.