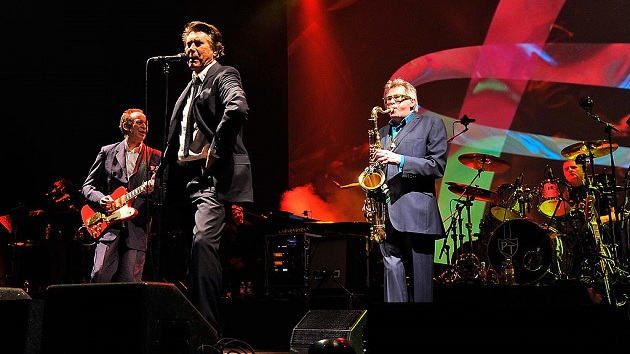 Roxy Music will reunite this fall for its first tour in 11 years, in celebration of the 50th anniversary of the influential art-rock band’s self-titled debut album.

The trek will feature 10 North American dates, kicking off September 7 in Toronto and mapped out through a September 28 show at the famed Los Angeles-area venue The Forum. The trek also will visit Washington, D.C.; New York City; Philadelphia; Boston; Chicago; Austin and Dallas, Texas; and San Francisco.

Alt-rocker St. Vincent will open all of the North American shows except for the Boston concert. Roxy Music also has announced three U.K. dates in October — in Glasgow, Manchester and London.

In related Roxy Music news, the band also will celebrate its 50th anniversary by reissuing special vinyl editions of its eight studio albums. The LPs will be half-speed mastered, and will feature revised artwork. The albums will be released two at a time in installments, with the first pair — 1972’s Roxy Music and 1973’s For Your Pleasure — due out this Friday, April 1.

Roxy Music was inducted into the Rock and Roll Hall of Fame in 2019. They are best-known in the U.S. for the 1975 dance hit “Love Is the Drug” and the acclaimed 1982 album Avalon, which included “More Than This” and the title track.