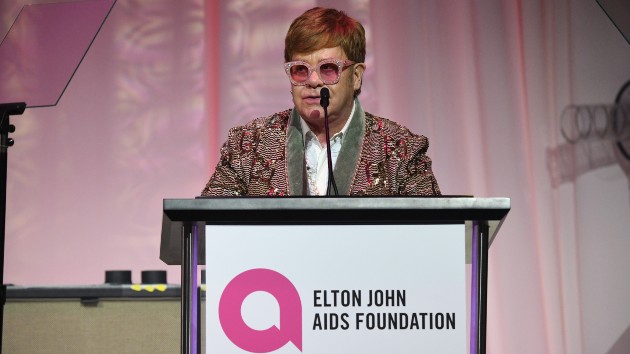 December 1 is World AIDS Day, and for 30 years, Elton John has been on the forefront of the fight against the disease. While progress has been made, Elton pointed out on Instagram that there’s still much to do: In 2021, 650,000 people died from AIDS-related illnesses, while 1.5 million were diagnosed with HIV.

Speaking to E! Online, Elton says, “We need to keep up the energy, momentum and conversation around HIV so it doesn’t feel like something in the past,” adding that his foundation is committed to “ending AIDS by 2030.”  He also says it’s important to “normalize the conversation” around safe sex and how to live a healthy life while being HIV-positive.

The foundation recently received a $1 million donation from Saks Fifth Avenue, which he says will go towards “expand[ing] and mobiliz[ing] our mission for the rights and health of everyone, everywhere.”

Elton notes that seeing the foundation grow over the years has been “one of the greatest joys of my life.”

The music icon founded Elton John AIDS Foundation in 1992 after losing two friends to AIDS within a year: Ryan White, who was infected with HIV during a blood transfusion at age 13 and died in 1990, and Queen frontman Freddie Mercury, who died of an AIDS-related illness in 1991.