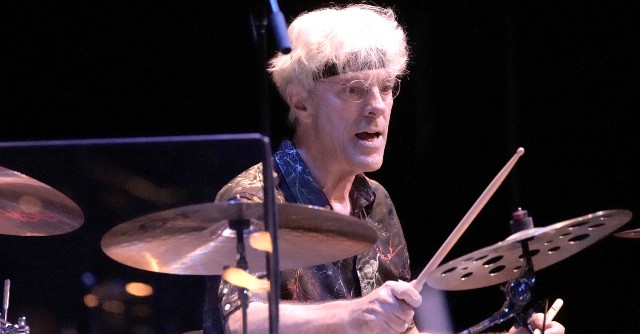 “Can I Tell You” and “Ordinary” are available via major digital music providers and at Animal Logic’s Bandcamp page.

Animal Logic formed in 1987 and released a pair of studio albums, 1989’s self-titled effort and 1991’s Animal Logic II, before the members moved on to focus on various other projects.

Copeland tells ABC Audio the new songs don’t signify a full-fledged Animal Logic reunion, noting that the tracks are just part of an ongoing casual remote collaboration between him, Clarke and Holland.

“The concept of reuniting the band is kind of maybe a little dramatic, because, really, we just like working with each other,” Stewart maintains. “Deborah Holland writes incredible songs, and Stanley and I are always inspired … We send [a] track around and we do something cool, and we’re all very happy about it.”

One of the songs, “Ordinary” is an upbeat pop tune that features Holland offering a rundown of various serious modern issues.

“That’s what we love about Deborah … she’s a thinker,” Stewart says. “She thinks about things and has a very interesting perspective on things … She lives a real life and has her poetic take on it, which I find inspiring.”

Meanwhile, Copeland notes that Animal Logic won’t be going out of the way to promote the songs.

“There’s no major record company involved or anything like that,” he says. “This really is art for art’s sake. You know, it’s just because we think it’s cool, and hope you think it’s cool, too. But we’re not gonna ram it down your throat.”