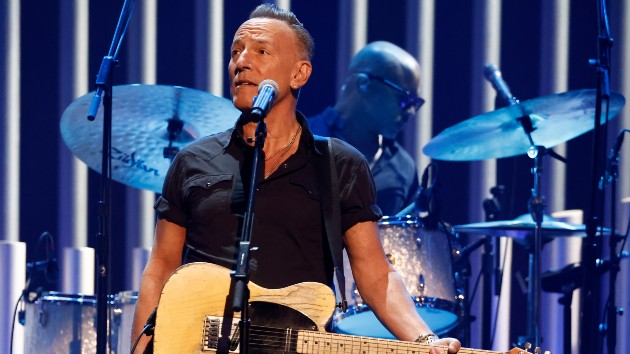 Bruce Springsteen just released his soul covers record Only The Strong Survive, which is billed as volume 1, so of course fans are wondering when they’ll get to hear volume 2. And it sounds like it’s not too far off.

“Volume 2, I would say, is probably three-quarters recorded,” The Boss tells Rolling Stone, explaining the genre he’ll focus on is “very similar” to the first album. “I continued working in soul music because I was just having so much fun,” he says. “But I thought of doing a series of these records in a variety of different genres with songs that I love.”

Bruce shares that he’s currently not writing anything new, noting, “I might not write in a while,” which is “very normal for me.” But with these cover albums, fans “don’t have to sit around and wait four years for me to make another record.”

Bruce says he’s also interested in tackling covers of country and rock songs: “There’s just so many different things, and all focused around my voice … I’d really like to use this time when I’m not writing to really focus on my vocals.”

And this may not be the only music Bruce is going to release. He seemed to confirm the rumors of a Tracks 2 box set, saying he has “five unreleased albums that are basically post-1988” that he’ll eventually release. While he says some fans felt the ‘90s “wasn’t a great decade” for him, the Tracks set will “give people a chance to reassess what I was doing during that time period,” noting, “I can’t wait to see the response to some of it.”