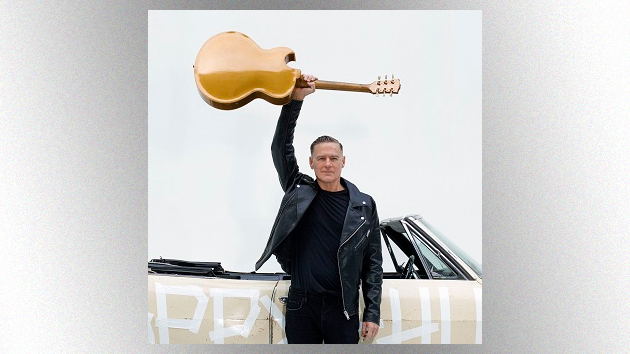 Bryan Adams recently released Classic and Classic Part 2, featuring rerecordings of his biggest hits, like “Cuts Like a Knife” and “Everything I Do (I Do It For You).” He did it for the same reason as Taylor Swift — to gain control over his older songs — and says he wouldn’t have done it if it weren’t for her.

“I’m ever so grateful to Taylor for creating the impetus to make it happen,” he tells ABC Audio. “Because I thought, ‘Well, now, if she can do it, I should do it, too.’ And so I got started on a couple of tracks and they turned out really good. And so I just kept going.”

“It’s very much about Taylor’s empowerment of artists and her sort of championing the artist,” he adds. “And I love that she’s done that … I think a lot of artists should do the same.”

Bryan remembered how he recorded most his songs years ago, so he was able to duplicate them fairly easily. But he had a hard time remembering what guitar he used for “Summer of ’69.” He finally realized that back in 1985, he only had one guitar. He dug it out, along with his old guitar pedal.

The Classic albums are just two of four albums he’s put out so far this year: rounding out the list is So Happy It Hurts and an album of songs he wrote for Broadway musical Pretty Woman.

“It’s unreal. Four albums: I never thought I’d do that in a year,” he laughs. “But yeah, there is more music. I just put out a Christmas song and I’m in the middle of making another album, so it’s been an incredibly creative time.”