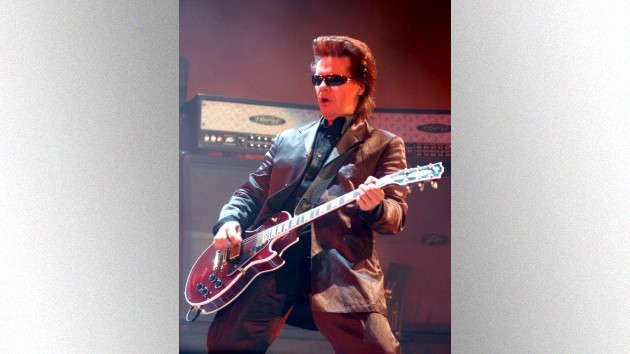 Original Duran Duran guitarist Andy Taylor, who left the band in 2006 but was set to be inducted into the Rock & Roll Hall of Fame with his former band mates Saturday night in Los Angeles, was unable to make the ceremony — because, as he revealed, he has incurable prostate cancer.

Taylor revealed in an open letter released Saturday night that four years ago, he was diagnosed with Stage 4 metastatic prostate cancer.  “Although my current condition is not immediately life threatening, there is no cure,” he wrote. “Recently I was doing okay after some very sophisticated life-extending treatment…until a week or so ago, when I suffered a setback, and despite the exceptional efforts of my team, I had to be honest in that both physically and mentally, I would be pushing my boundaries.”

He continued,, “However, none of this needs to or should detract from what this band (with or without me) has achieved and sustained for 44 years…I’m so very proud of [my four band mates]; I’m amazed at their durability, and I’m overjoyed at accepting this award. I often doubted the day would come. I’m sure as hell glad I’m around to see the day.”

He finished by writing that he was “truly sorry and massively disappointed” that he wasn’t able to make the ceremony, which would have marked the first time in 17 years that he’d played with Simon LeBon, John Taylor, Roger Taylor and Nick Rhodes.

Backstage, after the band was inducted into the Hall by Robert Downey Jr., Simon LeBon told reporters that news of Taylor’s condition was “devastating,” adding that he didn’t want to cry, but felt like doing so. He asked the press not to ask any more questions about Taylor, because it was too tough for him to talk about.

Duran Duran performed three songs at the ceremony: “Hungry Like the Wolf,” “Girls on Film” and “Ordinary World.”