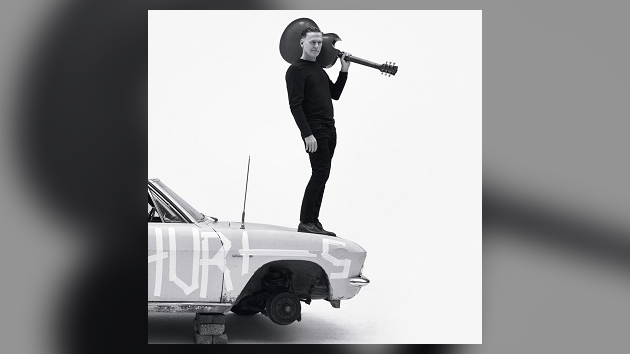 Bryan Adams has premiered a new music video for his recent song “Kick A**,” which appears on the veteran Canadian rocker’s latest studio album, 2022’s So Happy It Hurts.

The catchy song begins with a spoken-word monologue delivered in the form of a Biblical-style sermon by legendary Monty Python’s Flying Circus member John Cleese, sporting a fake white beard and dressed in a white toga. The clip also features Adams and his backing band dressed in white and playing white instruments inside a white cubicle.

“I understand from Bryan that he thought it was wonderful to work with me. I wish I could say the same,” Cleese quips. “The smell of lentils was overwhelming.”

Added Adams, “John was amazing on set, I’ve never worked with someone so woke.”

The video was directed by Adams, who co-wrote the song with producer Robert John “Mutt” Lange. The clip arrives in advance of the October 28 release of a super deluxe, expanded version of So Happy It Hurts, a two-CD set that includes a bonus disc featuring 12 of the tracks that appeared on Adams’ 2022 Classic and Classic Pt. II digital albums.

The Classic albums, which were released in March and July, respectively, boast newly recorded versions of many of Bryan’s best-known tunes.

Meanwhile, a two-LP, 14-track vinyl edition of the Classic recordings is due out on January 18, and will be available on standard black vinyl and limited-edition orange vinyl. Both versions will feature a laser etching of Adams’ silhouette on the fourth side.

You can preorder the two-CD version of So Happy It Hurts and the Classic two-LP sets now.

Adams currently is on tour in Canada. His next show takes place Tuesday, October 18, in Peterborough, Ontario.