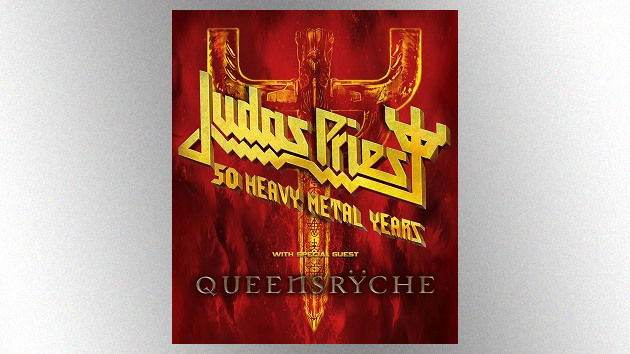 The treks begins about two months after guitarist Richie Faulkner underwent his second heart operation in less than a year, to correct a complication that developed following the life-saving surgery he had in September 2021 after suffering a near-fatal aortic aneurysm at the end of the band’s performance at the Louder than Life festival in Louisville, Kentucky.

Priest frontman Rob Halford notes that Faulkner had the follow-up operation just a few days after the band finished its European summer trek, and he marvels at how quickly the 42-year-old guitar slinger has recovered and is ready to hit the road again.

“[He’s] got the turbo double-barrel scars,” Halford tells ABC Audio. “[I]it’s just remarkable. He’s a remarkable man, in terms of his strength, his physical and mental strength, to deal with the second procedure. And of course, the great news is that … it worked out really well.”

Reflecting on how Faulkner has handled the health scare, Rob says, “[It’s] definitely a very, very powerful story. Full of metal. You know, full-on metal — resilience, determination, not holding anything back. Just full-on heavy metal power of … putting the horns up and getting on with it.”

Meanwhile, about halfway through the tour, on November 5, Judas Priest will be inducted into the Rock & Roll Hall of Fame at the Microsoft Theater in Los Angeles.

“It’s going to be fun,” Halford declares about the event. “We’re gonna be red hot as it is with the roadwork.”

The U.S. tour runs through a November 29 show in Houston, and Priest then heads to Mexico and South America in December.

Check out the band’s full tour schedule at JudasPriest.com.