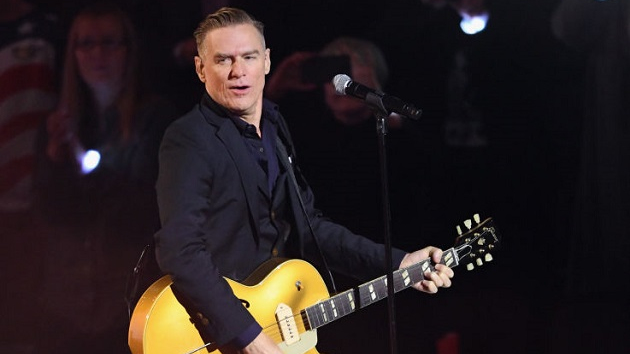 Four new episodes of Mary McCartney Serves It Up, the discovery+ cooking series hosted by Paul McCartney‘s daughter Mary, will air in the coming weeks, starting with a show that premieres Tuesday, November 1.

Among Mary’s guests will be rocker Bryan Adams, who like McCartney also is an accomplished photographer. Bryan will join Mary to make a “Skillet Flatbread Caponata Pizza.”

Mary McCartney Serves It Up is a half-hour program that features Mary whipping up quick and easy dishes that showcase her “accessible vegetarian food philosophy,” while exchanging stories with her various guests.

Other guests on the upcoming episodes of Mary McCartney Serves It Up will include 50 Shades of Grey actor Jamie Dornan, Texas frontwoman Sharleen Spiteri, singer-songwriter Celeste and designer Henry Holland.

Among Mary’s previous guests were her famous dad and Dave Grohl, who were featured on episodes from the series’ second and first season, respectively.

Mary also is a cookbook author and filmmaker. Her feature-length directorial debut, If These Walls Could Sing, a star-studded documentary about London’s Abbey Road Studios, will get its TV debut soon on Disney+.