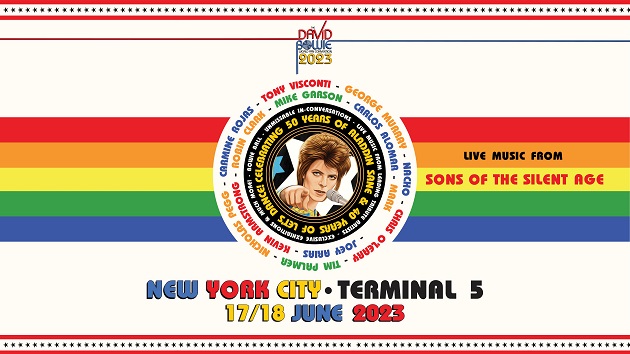 The inaugural David Bowie World Fan Convention was held in June in Liverpool, England, and now details have been revealed about the 2023 installment of the gathering.

The two-day Bowie celebration will take place June 17-18 in New York City and feature a variety of guest speakers, including musicians and other collaborators who worked with the late rock legend.

Among those set to participate in the event are Bowie’s frequent co-producer and good friend Tony Visconti; his longtime pianist Mike Garson; and guitarist Carlos Alomar, who played on 11 of David’s albums and co-wrote Bowie’s first U.S. #1 hit, “Fame.”

More participants will be announced at a later date.

The convention will feature a variety of Q&A sessions, meet-and-greets and live performances. The celebration’s first day will culminate with a party dubbed the Bowie Ball, where attendees are encouraged to don costumes and makeup honoring the rock icon’s various looks and eras. The bash will feature a music performance, DJs, best-dressed competitions and Bowie-themed drinks.

Tickets for the 2023 convention are available now at BowieConvention.com.

Limited VIP tickets will give fans the chance to visit a number New York City sites associated with Bowie’s life and career.

All attendees will receive a special New York City map that will point out various Bowie-related landmarks.