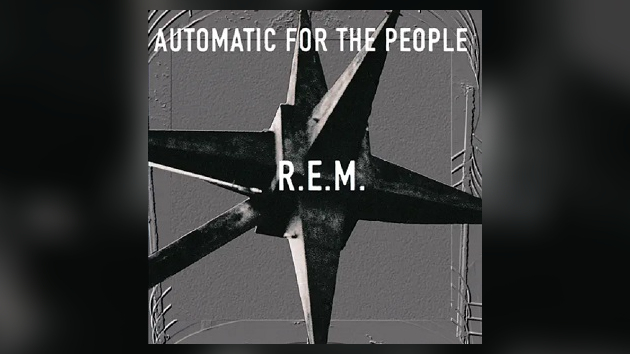 Wednesday, October 5, marked the 30th anniversary of the release of R.E.M.‘s eighth studio album, Automatic for the People.

A follow-up to the influential alternative-rock band’s chart-topping 1991 album, Out of Time, Automatic for the People was similarly successful, peaking at #2 on the Billboard 200 and #1 in the U.K., and going on to be certified four-times Platinum by the RIAA.

“Man on the Moon” was a tribute to late comedian Andy Kaufman, and the song’s title was later used for the title of director Milos Forman‘s 1999 Kaufman biopic, which starred Jim Carrey. The tune also appeared in the movie.

In an April 2022 episode of the Broken Record podcast, singer Michael Stipe noted about Automatic for the People, “Song by song … the whole album is referencing the 1970s.” He also pointed out that “Drive” was an homage to David Essex‘s “Rock On,” and that “Everybody Hurts” was inspired by Nazareth‘s cover of the Everly Brothers hit “Love Hurts.”

The album’s title is a reference to the motto of Weaver D’s Delicious Fine Foods, a soul-food restaurant in R.E.M.’s hometown of Athens, Georgia.

Here’s the full track list of Automatic for the People:

“Drive” Side
“Drive”
“Try Not to Breathe”
“The Sidewinder Sleeps Tonite”
“Everybody Hurts”
“New Orleans Instrumental No. 1”
“Sweetness Follows”