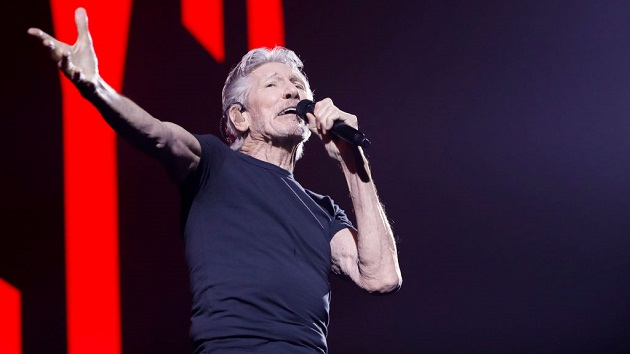 The cancellation comes after Waters’ recent comments defending Russia’s decision to invade Ukraine drew the ire of Krakow city councilor Łukasz Wantuch, who has called for the rocker be declared “persona non grata” in Krakow.

In early September, Waters posted an open letter to Olena Zelenska, Ukrainian President Volodymyr Zelenskyy‘s wife, suggesting that Ukraine negotiate with Russia rather than continue fighting. He maintained that U.S. military support for Ukraine was prolonging the conflict.

Zelenska responded with a Twitter message that read, “It is Russia that invaded Ukraine, destroys cities and kills civilians. Ukrainians defend their land and their children’s future. If we give up — we will not exist tomorrow. If Russia gives up — war will be over.”

Roger then wrote a lengthy response to Zelenska reiterating his beliefs.

Now Waters has penned an open letter to Russian President Vladimir Putin about the invasion of Ukraine.

The message reads in part, “I know some people who think you want to overrun the whole of Europe, starting with Poland and the rest of the Baltic states. If you do, f*** you, and we might as well all stop playing the desperately dangerous game of nuclear chicken that the hawks on both sides of the Atlantic seem so comfortable with, and have at it.”

He also declares, “[Y]our invasion of Ukraine took me completely by surprise, it was a heinous war of aggression, provoked or not.”

Waters concludes by asking Putin to reply to his letter, writing, “I would mightily respect you for it, and take it as an honorable move in the right direction towards a sustainable peace.”