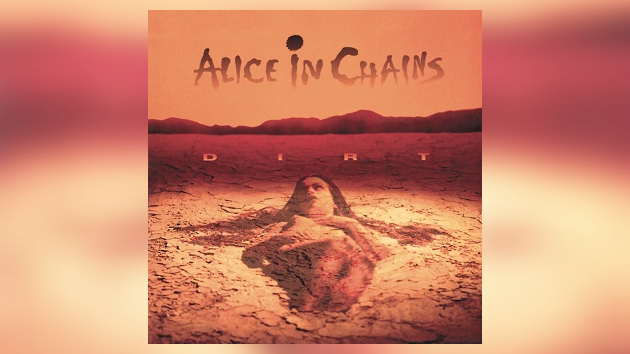 Alice in Chains‘ deluxe 30th anniversary Dirt reissue includes a hardcover book featuring various never-before-seen photos, accompanied by memories of the original album from different artists. Ahead of the box set’s arrival, the “Man in the Box” rockers have shared one of those memories from Heart guitarist Nancy Wilson.

“Hearing Dirt for the first time was cathartic,” Wilson writes. “It was a defining, amazing moment in the begrudgingly called ‘grunge’ era that se the world on fire. [Alice in Chains] invented a whole new signature sound with their sinister, melodic, dissonant two-part harmonies.”

Wilson recalls being on the set of the film Singles, which was directed by her then-husband Cameron Crowe, and seeing Alice in Chains’ memorable performance of the Dirt single “Would?” during the movie.

“That night I witnessed some of the best hair-flipping I’d ever seen in Seattle, which is really saying a lot when you [think] about all of the fine hair-flipping we’ve come to know and love,” Wilson says. Heart, like Alice in Chains, started in Seattle.

Wilson also shares that she’d written a song around that time called “The Dragon” about AiC vocalist Layne Staley “forecasting what darkness might lay ahead for him.” Staley died in 2002 at age 34; Wilson released “The Dragon” last year on her solo album, You and Me.

“Dirt remains something to celebrate 30 years later because it was a real revolution for progress and against a corporate construct that had take over culture in the ’80s,” Wilson concludes. “Dirt and other albums of the day are part of what I consider possibly the last great renaissance in rock history.”

The Dirt reissue is out now. The 1992 album will officially turn 30 on September 29.