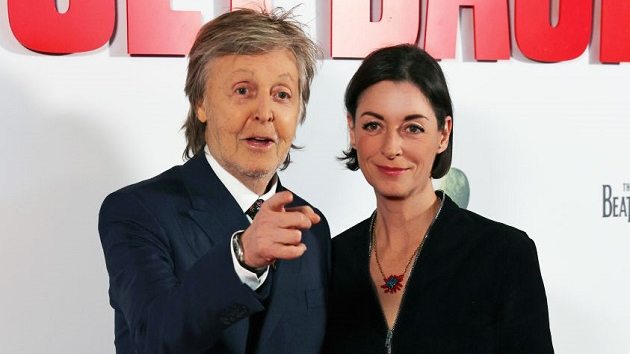 If These Walls Could Sing, the new documentary about London’s Abbey Road Studios that was directed by Paul McCartney‘s daughter Mary, which got its world premiere at Colorado’ Telluride Film Festival in September 3, will soon make its TV debut on Disney+.

The news was revealed at Abbey Road’s official website and a preview clip from the doc was posted along with the announcement featuring Paul sharing recollections about working at the studio.

In the clip, McCartney recalls a time during the late 1970s when his late wife and Mary’s mom, Linda, walked a black pony they owned named Jet into Abbey Road from their nearby London residence. Paul’s memories are accompanied by photos of Linda walking with the pony across the famous zebra crossing outside of the studio.

The preview also features Paul explaining why he continued to work at Abbey Road with his solo band Wings after the breakup of The Beatles, who did most of their recording at the studio.

In London, we had used other studios, but we always liked this [Abbey Road] the best,” he notes. “So that when I was looking to record with Wings, I thought, ‘Well, this is the best studio. I know it. I know a lot of the people here … It’s just a great studio. You know, all of the microphones work … So it was great. It was great to come back home.”

As previously reported, the documentary looks at highlights of Abbey Road’s 91-year history. To make the movie, film crews were allowed to have intimate access to the studio’s premises for the first time ever.