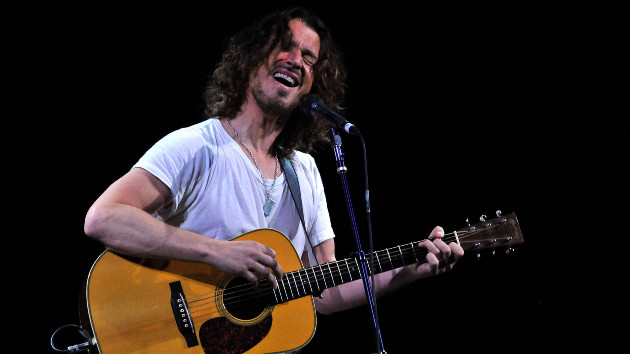 An acoustic guitar played by the late Chris Cornell is being auctioned off in support of Ukraine amid its ongoing fight against Russia’s invasion.

The guitar, made by the Washburn USA custom shop, belongs to musician Pete Thorn, who took the instrument on tour with him in 2009 when he played in Soundgarden frontman’s solo live band. According to Thorn, Cornell liked the guitar so much that he would borrow it to play a few songs each night on the tour.

Proceeds from the auction will be donated to the organization Save Our Allies, which is providing humanitarian aid to the people of Ukraine. A press release states that the guitar is being auctioned with the blessing of Cornell’s widow, Vicky.

Thorn also performed with Cornell’s daughter, Toni, during her rendition of the Prince-written, Sinéad O’Connor-sung song “Nothing Compares 2 U” on The Tonight Show last December.