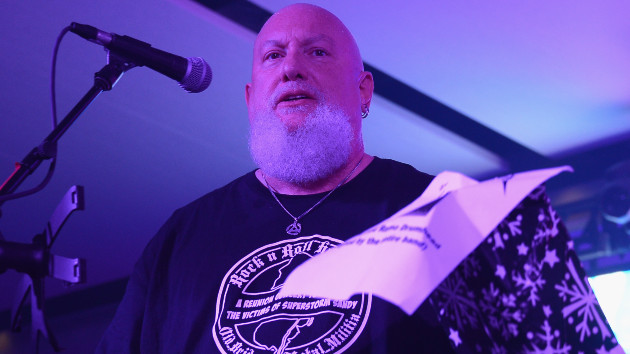 Items from the personal collection of late Megaforce Records co-founders Jon and Marsha Zazula are going on sale in an upcoming auction.

Among the pieces available are various concert tickets and flyers from early Metallica shows, the key to a truck stolen from Metallica in 1983; photos, a poster and other memorabilia from founding KISS guitarist Ace Frehley; and the original headpiece for the Anthrax Not Man mascot.

Also up for bid will be several Grateful Dead memorabilia items the Zazulas collected, including a Gold record award for the band’s 1989 album Built to Last and various posters.

The auction, which is being put on by Backstage Auctions, will run from September 2 to September 11. For more info, visit BackstageAuctions.com.

The Zazulas founded Megaforce Records in 1982 and soon signed a then-unknown Metallica to their first-ever record deal. Marsha passed away in January 2021, followed by Jon in February 2022.