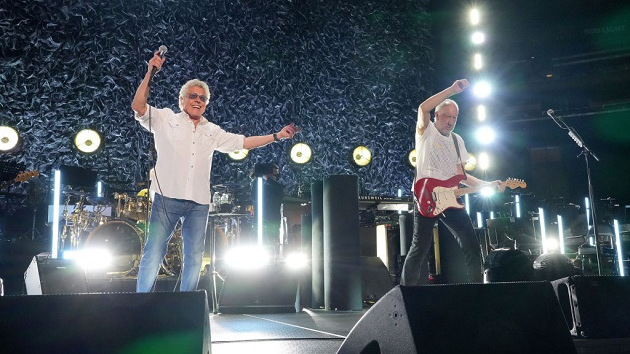 The relationship between co-founding Who members Roger Daltrey and Pete Townshend has historically been quite contentious at times, although the two seemed to have developed a close bond during the latter years of the group’s career.

That being said, Daltrey tells Forbes that he and Townshend don’t really socialize when they’re not touring or recording with The Who.

“Our relationship is a working one, and that’s about as far as it goes,” Roger reveals. “But when we get on stage, there’s a chemistry that’s created. When we’re playing well, it starts to kick in properly. It’s still as wonderful as ever.”

He adds, “We never really had a strong relationship off of the stage, though. It’s as simple as that.”

Also in the interview, the 78-year-old Rock & Roll Hall of Famer reveals he was aware of his own vocal talents at an early age.

“I think people who sing know they can from very early on,” he tells Forbes. “I was born with perfect pitch, which most singers have. I used to sing in the church choir when I was 6 or 7 years old. It went from there. I started singing in youth clubs and things like that at the age of 12, and then went on at age 16 to start what became The Who.”

The Who will launch a fall North American leg of its The Who Hits Back! tour on October 2 in Toronto. The trek is mapped out through a November 4-5 stand in Las Vegas. Like with the spring leg of the tour and the band’s previous Moving On! trek, the upcoming concerts will feature The Who accompanied by an orchestra.