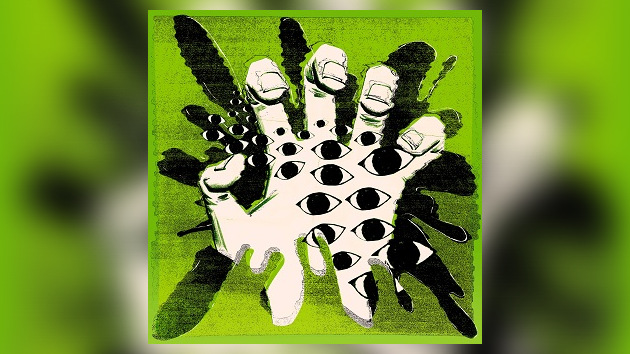 In recent years, Turkuaz — a Brooklyn, New York-based alternative funk band that broke up in late 2021 — played a number of shows with Harrison and Belew that featured full performances of the Talking Heads’ 1980 album Remain in Light. After Turkuaz split, some members of the group have continued to perform with Harrison and Belew.

“It seemed time for a new energy that could reflect more of the edge and darkness in my lyrics, and in the state of the world,” Brandwein says of the song.

“Wasteland” is available now as a digital download and via streaming services.

As previously reported, Jerry and Adrian will be performing together at two events this fall.

The first is a special concert and Q&A event celebrating the Remain in Light album on September 29 at famed Los Angeles theater The Wiltern, while the second is the 2022 Hardly Strictly Bluegrass festival, which takes place from September 30 to October 2 at San Francisco’s Golden Gate Park.

Former Turkuaz members will be performing as part of the duo’s backing group at both events, although Brandwein isn’t among them.