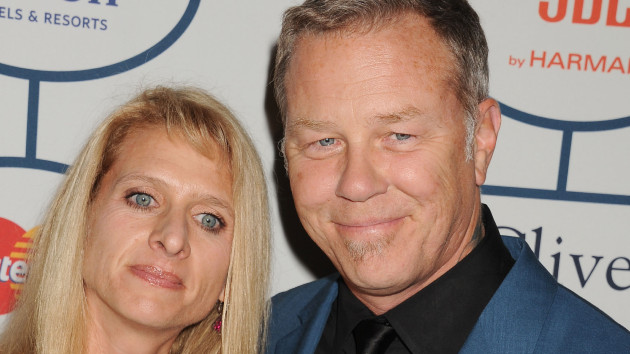 Metallica frontman James Hetfield and his wife, Francesca, have split after 25 years of marriage, TMZ reports.

According to the gossip site, James filed for divorce earlier this year in Colorado, his current state of residence. TMZ notes that “the filing was never reported” and that the now-former couple “kept it out of the spotlight.”

James and Francesca married in 1997. They have three children together, including son Castor, who plays in a band called Bastardane.

Metallica played a pair of stadium headlining shows in Buffalo, New York, and Pittsburgh, Pennsylvania, over the last few days. The group’s next scheduled show is at New York City’s Global Citizen Festival in September.