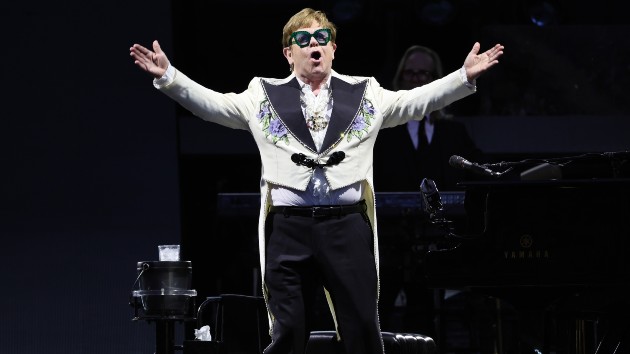 Way back in 2018, when Elton John first announced his Farewell Yellow Brick Road tour, he told reporters that he’s told his kids, “When Daddy dies, promise me you won’t have a hologram of me going around the world.”  But he never said anything about appearing in the metaverse while he’s still alive.

Elton’s husband and manager, David Furnish, tells the British publication MusicWeek that he’s been looking into how to expand Elton’s brand in the metaverse — meaning 3D virtual worlds that allow people to interact via computer-generated avatars.

In the past couple of years, the metaverse has become very popular with musicians — many artists have staged exclusive concerts within these virtual worlds. So, Furnish says, why shouldn’t Elton get in on the action?

“That’s going to be a big new market for music discovery,” Furnish tells Music Week. “We’re looking at it closely but carefully. Elton’s been a bit like an avatar his entire life, throwing things on and off, changing and moving forward.”

It’s all part of Furnish’s five-year plan to promote Elton’s music to younger audiences; projects like the Rocketman film and Elton’s Lockdown Sessions album have been a part of that. The plan seems to be working: According to Furnish, more than half of Elton’s Spotify listeners are aged 18 to 35.

And while Elton admits he’s hopeless when it comes to technology, Furnish says that once his husband “understands the role it plays in his world, he’s happy to give it a try … but then you better get it right.” As Furnish puts it, “If it doesn’t turn out the way it should, he’s not happy.”