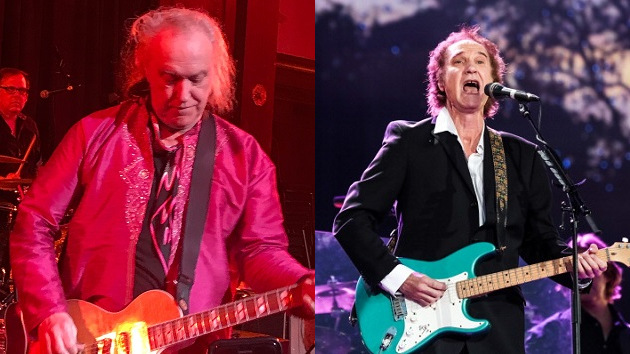 About three years ago, Kinks guitarist Dave Davies told ABC Audio that he and his brother and band mate Ray had spent time working on material for a possible new album project, although none of that music has been released yet.

In a new ABC Audio interview, Dave says he feels there’s still a good chance that he and Ray will finish and release some new collaborative, songs and perhaps perform together as well.

As for the possibility of performing again with his brother, Dave says, “[O]bviously, we’ll have to meet with Ray and think what sort of shows we can do and what makes sense…[We] can’t do elaborate rock shows like we did decades ago, but, you know, we should be able to do something fun.”

The only time Davies brothers have performed together in public since the final Kinks tour ended in 1996 was at a December 2015 solo show that Dave played in London, where Ray came out at the end of the concert and sang “You Really Got Me.”

Meanwhile, Dave candidly discusses his often-contentious relationship with Ray in his new memoir, Living on a Thin Line, which was published in digital formats globally last month and will be released in physically in the U.S. in January 2023.

“I tried to be as honest but as fair as possible, and I hope I achieved it,” Dave says with regard to writing about Ray. “I don’t want to be mean spirited. I want to make sure that he’s covered in a respectful, honest and inspiring way. And I hope that’s in there.”