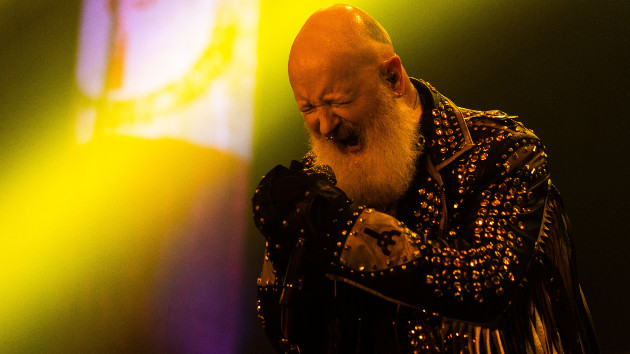 Judas Priest frontman Rob Halford says that he felt “a bit pissed” about the band’s induction into the Rock & Roll Hall of Fame with the Musical Excellence Award instead of in the main Performers category.

In an interview with the Arizona Republic, Halford admits that he goes back and forth regarding whether the distinction “matters.”

“Some days, I go, ‘No, it doesn’t matter. We’re in the Rock & Roll Hall of Fame. Be grateful. Shut the hell up,'” the metal icon says. “Then there are other days where I’m like…’Why did they give us the Musical Excellence Award?'”

“I’m like, ‘Yeah, but I want to be with that bunch of musicians over there that have got the performance or whatever it is that they’ve got,'” he continues. “I don’t know why they gave us the Musical Excellence Award. I have no clue.”

The Musical Excellence Award, which has been given out since 2000, is gifted to musicians, songwriters and producers in recognition of their “originality and influence creating music have had a dramatic impact on music.” Meanwhile, the Performer category, which often makes the headlines, honors artists who’ve “created music whose originality, impact, and influence has changed the course of rock & roll.”

Halford notes that when Black Sabbath was inducted into the Rock Hall in 2006, the group went in as Performers.

“Why do they put these tags on the damn thing?” Halford wonders. “Why don’t they go, ‘Welcome. You’re in the Rock and Roll Hall of Fame’ and leave it at that.”

Speaking to ABC Audio earlier this year, Halford said he “quite like[d] the idea of the ‘musical excellence.'” Meanwhile, Rock Hall president and CEO Greg Harris told ABC Audio that all inductees — Performer, Musical Excellence or otherwise — are “equal.”