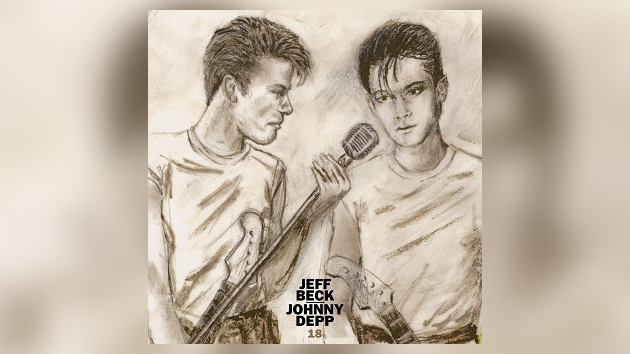 The 13-track collection features two Depp originals alongside an eclectic selection of 11 covers, including songs by The Beach Boys, late Beach Boys drummer Dennis Wilson, The Miracles, Marvin Gaye, The Velvet Underground and The Everly Brothers.

In an exclusive interview to promote 18, Beck says he really enjoyed working with Depp and appreciated his contributions to the project.

“He was a major force on this record,” Beck notes. “I haven’t had another partner for ages.”

Among the covers on 18 are two Motown classics — Gaye’s “What’s Going On” and The Miracles’ “Ooo Baby Baby.”

Beck says he knew he was taking a risk covering “What’s Going On,” admitting, “I fully expect the full force of criticism because of that song being so precious,” while adding with a laugh, “but I was going through the Motown appreciation time.”

Beck recalls that “Ooo Baby Baby” came about while working on the album at Depp’s home in France. While waiting for Johnny to wake up one day, he laid down the track as a way to get a good audio balance. By the time Depp joined the session, Beck says he started feeling under the weather and went lie down for a bit.

Beck says that when he woke up, “I heard [Johnny] singing ‘Ooo Baby’… He was doing the three-part harmonies, and I crept into the studio without him seeing me. And it was just amazing watching him put these parts together.”

Beck also praised Depp’s songwriting skills, particularly how in “This Is a Song for Miss Hedy Lamarr” he expressed “respect for that actress and what she achieved.”