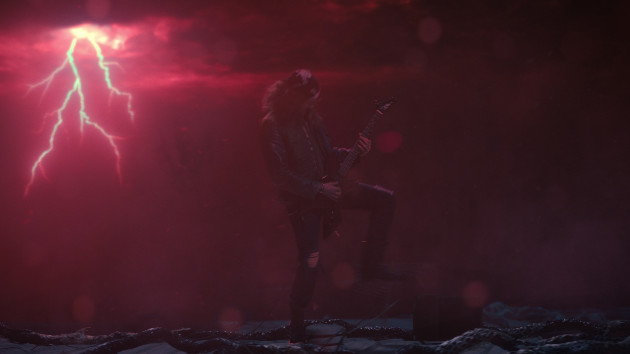 Metallica has joined forces with the heaviest guitar player in the Upside Down.

The metal legends “duet” with Stranger Things character Eddie Munson on a rendition of “Master of Puppets” in a new TikTok video.

The clip mashes up a new ‘Tallica performance of “Master of Puppets” from the band’s rehearsal space with the pivotal scene in the season 4 finale of the Netflix sci-fi series, in which Eddie, played by Joseph Quinn, shreds the 1986 thrash classic.

“Eddie, this is for you!” the TikTok’s caption reads.

To make it all the more fitting, the Metallica members are all wearing Hellfire Club shirts, a reference to Eddie’s Dungeons and Dragons group.

Metallica previously issued a statement saying that they were “beyond psyched” and “totally blown away” by the “Master of Puppets” placement in Stranger Things.