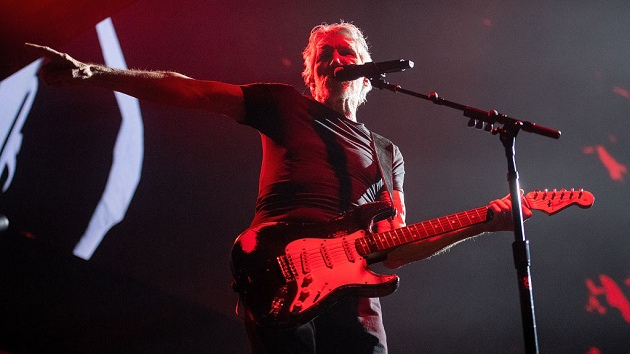 Former Pink Floyd singer/bassist Roger Waters kicked off his long-delayed This Is Not a Drill Tour of North America last night at the PPG Paints Arena in Pittsburgh.

As seen in fan-posted videos and photos, Waters and his band performed in the round on a rectangular stage that featured massive video walls.

In pre-tour announcements, Waters hinted that the shows would feature plenty of the pointed social and political commentary he’s known for, and that was the case. As the concert began, a message ran across the screen notifying the crowd, “If you’re one of those ‘I love Pink Floyd but I can’t stand Roger’s politics’ people, you might do well to f*** off to the bar right now.”

The Pittsburgh Post-Gazette ﻿also reports the video screens bombarded the audience with provocative messages, film clips and images that focused on issues, including the evils of war, racial injustice, corporate greed, political corruption, gun violence and reproductive, trans and Palestinian rights. At one point, Waters fired a fake automatic rifle at the crowd.

Waters’ two-set show featured over 20 songs and included multiple-song segments from Pink Floyd’s classic 1970s albums The Wall, Wish You Were Here and The Dark Side of the Moon. In the middle of his first set, Roger introduced a brand-new tune called “The Bar,” which he reprised later in the concert.

Waters also played two songs from his most recent solo album, 2017’s Is This the Life We Really Want?: the title track and “Déjà Vu.”