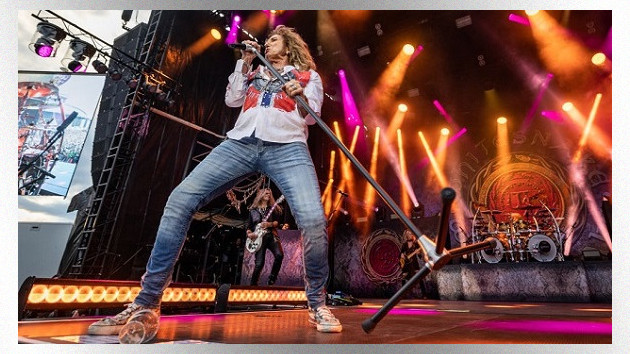 After canceling several recent concerts because of health issues affecting multiple band members, Whitesnake has now pulled the plug on the rest of the current European leg of its Farewell Tour.

“It is with the deepest sadness that I must announce that due to continuing health challenges, doctor’s orders, and our concern for everyone’s health and safety, Whitesnake is unable to continue its European Farewell Tour,” frontman David Coverdale writes in a message posted on the group’s official website.

He continues, “I extend my sincere apologies to All of Whitesnake’s Amazing Fans who have been looking forward to the remaining scheduled shows of this tour, All of our Amazing, Fabulous Snakes & tour personnel who have been working so hard to put on these shows, and All of the promoters and other professionals who have helped set up the tour…I Appreciate & Love You All!!!”

Before the latest announcement, Whitesnake had canceled their June 25 appearance at the Rock Imperium Festival in Cartagena, Spain, because drummer Tommy Aldridge was “under the weather,” and then canceled the next three concerts — June 28 in Milan, Italy; June 30 in Vienna, Austria; and July 2 in Zagreb, Croatia — due to Coverdale suffering from “an infection of the sinus and trachea.”

The remainder of the European trek was to have featured seven more shows, running from a July 4 performance in Budapest, Hungary, through a July 19 gig in Sarajevo, Bosnia and Herzegovina.

Whitesnake is now scheduled to return to the stage for the North American leg of its Farewell Tour, which kicks off August 17 in Hampton Beach, New Hampshire, and is plotted out through an October 21 performance in Las Vegas. The band will be supporting The Scorpions at most of the shows.