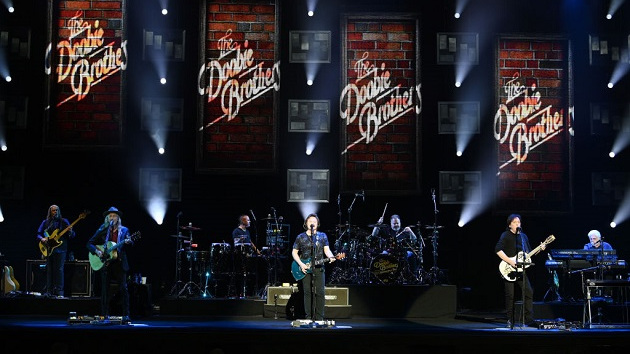 The Doobie Brothers have added a special gig to the 2022 leg of their 50th anniversary tour, a September 8 performance at New York City’s famous Radio City Music Hall.

Tickets for the show will go on sale to the general public Friday, July 8, at 10 a.m. ET. American Express card members will have the chance to purchase presale tickets starting Tuesday, July 5, at 10 a.m. ET, while a limited number of VIP packages also will be available. For more info, visit Ticketmaster.com.

The Doobie Brothers are currently in the middle of the North American summer leg of their 50th anniversary trek that’s mapped out through a July 25 show in Charlotte, North Carolina. The Rock & Roll Hall of Famers will follow that with a series of fall concerts running from a September 2 gig in Pelham, Alabama, to an October 12 performance in Nashville.

Check out the band’s full schedule at TheDoobieBrothers.com.