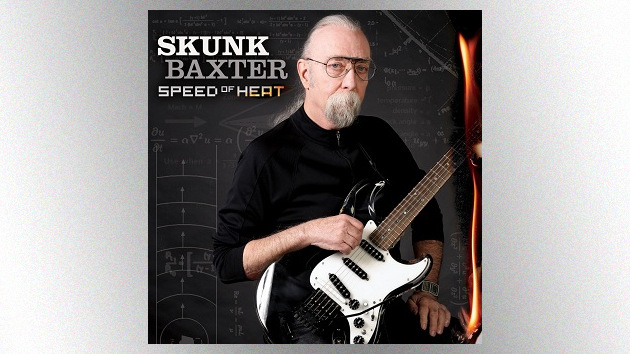 The 12-track collection features a mix of original tunes and select covers. Among the latter are versions of the Steely Dan classics “My Old School” and “Do It Again,” and of the 1960 instrumental “Apache” that was popularized by The Shadows.

Toto‘s David Paich contributes keyboards to Jeff’s cover of “My Old School.” Speed of Heat also includes a song called “My Place in the Sun” that Baxter co-wrote with Vanston and McDonald, and features Michael on vocals. Lang co-write, sings and plays guitar on a tune titled “I Can Do Without,” while Black sings on and co-wrote the song “Bad Move.”

“This is something very new for me, never having focused time and energy on creating a solo project before,” says Baxter about Speed of Heat. “It was a lot of fun and very satisfying to be doing something for myself, as opposed to being a hired gun, (not that I don’t enjoy studio work, producing and playing live with other folks. That will never change!).”

Meanwhile, Baxter is planning to announce a West Coast tour in support of the album soon.