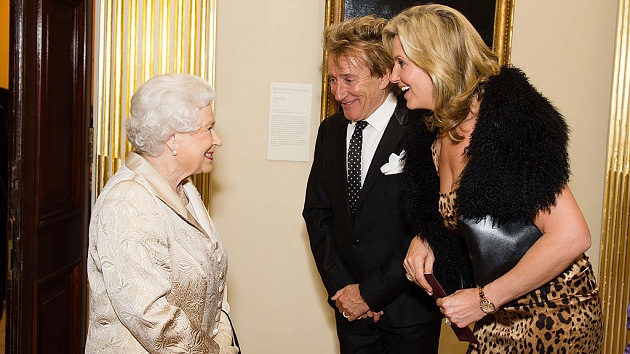 Rod Stewart is a big fan of Great Britain’s Queen Elizabeth II, so it’s no surprise that he’s going to be part of the all-star lineup performing in her honor Sunday in celebration of her Platinum Jubilee, which marks her 70th year on the throne.

Rod has posted behind-the-scenes footage of his rehearsals for the big moment on his Instagram Story: They’re literally sound checking in front of the gates of Buckingham Palace. There’s also video of Rod, looking dapper in a plaid jacket and a black face mask, watching his backup dancers rehearse their moves.

Back in February, at the official start of the queen’s Platinum Jubilee year, Rod paid tribute to the queen in an Instagram post, writing, “She’s been a wonderful example of how to conduct yourself with integrity and grace for 70 years now (just like me!) and we should all look forward to acknowledging her magnificent service.”

As previously reported, Rod will part of the Platinum Party at the Palace, a massive concert set for June 4 in front of the palace. The lineup also includes Elton John, Queen + Adam Lambert, Duran Duran, Diana Ross and Alicia Keys, plus Lin Manuel-Miranda, Andrea Bocelli and Lord Andrew Lloyd Webber.