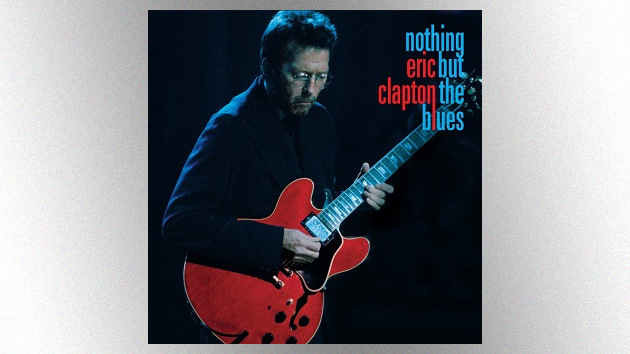 The 1995 Eric Clapton documentary Nothing but the Blues, which was broadcast just once, on PBS, will get its official release on multiple formats and configurations, along with a companion soundtrack album, on June 24.

The film features Clapton showcasing and discussing his lifelong passion for the blues, and includes performances from two concerts that he played in November 1994, at San Francisco’s famed Fillmore during his tour in support of his 1994 blues covers album, From the Cradle.

Nothing but the Blues, which can be pre-ordered now, will be available as a Super Deluxe limited-edition box set, and as a standalone DVD or Blu-ray, while the soundtrack will be issued on CD, digitally and as a two-LP vinyl set. The vinyl collection will be released on July 29.

The movie was executive-produced by Martin Scorsese, who also conducted an in-depth interview with Clapton for the film, in which the guitar legend talks about his love for blues music and the artists who influenced him.

The film has been upgraded to 4K video, while the audio has been newly remastered.

The box set features a Blu-ray of the documentary, the soundtrack on CD and as a two-LP set, and a bonus CD featuring four extra tracks — “Driftin’,” County Jail Blues,” “Kid Man Blues,” and “It’s Too Bad.” The collection also with an exclusive hardcover book, and includes a lithograph, a poster, a set of Clapton guitar strings, guitar picks, and a bandana.

If you pre-order Nothing but the Blues, you’ll instantly receive a download of an unreleased Clapton performance of Freddie King’s “Have You Ever Loved a Woman.” You also can watch a video of the performance at Clapton’s YouTube channel.