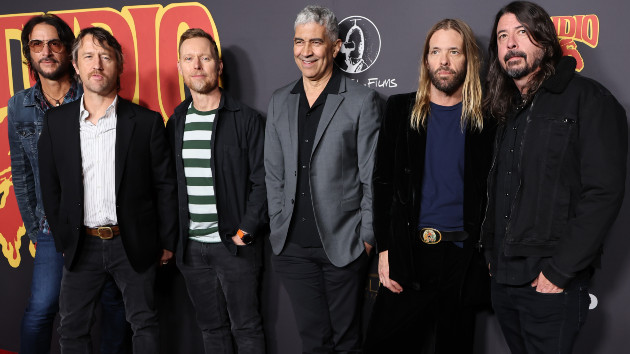 There hasn’t been much to laugh about in the Foo Fighters world over the last month or so, but perhaps the home release of Studio 666 might be able to help.

The horror-comedy movie, which stars the members of the Foos as fictionalized versions of themselves trying to record a new album in a haunted mansion, will be available to buy digitally on May 10, and on Blu-ray and DVD May 24.

Studio 666 first premiered in theaters this past February, and has been available as an on-demand rental since March. Frontman Dave Grohl also recorded a metal EP under the moniker Dream Widow, the name of a fictional band from the movie.

It was the same day that the Dream Widow EP dropped, March 25, that drummer Taylor Hawkins unexpectedly died at age 50. Foo Fighters have remained quiet since, breaking their silence only to announce the cancellation of their tour dates.