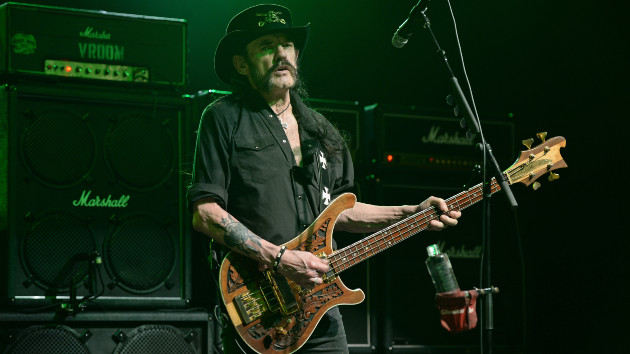 Ozzy Osbourne says he spoke with Lemmy on the day of the iconic Motörhead frontman’s death.

“I was talking to Lemmy on the morning that he died, but I couldn’t understand what he was talking about,” Ozzy tells Classic Rock magazine. “I wanted to talk to someone else who was there, but they kept giving the phone to Lemmy.”

In addition to being longtime friends, Ozzy and Lemmy collaborated on several occasions, including for Osbourne’s 1991 album, No More Tears, which features several songs co-written by the “Ace of Spades” rocker.

“He was a good man, Lemmy was,” Ozzy says. “All the guys from Motörhead have gone now, from the original band. It’s hard to lose anyone you love.”

Lemmy died December 2015 at age 70. Last year, Ozzy released a new version of the song “Hellraiser,” featuring vocals from both him and Lemmy.