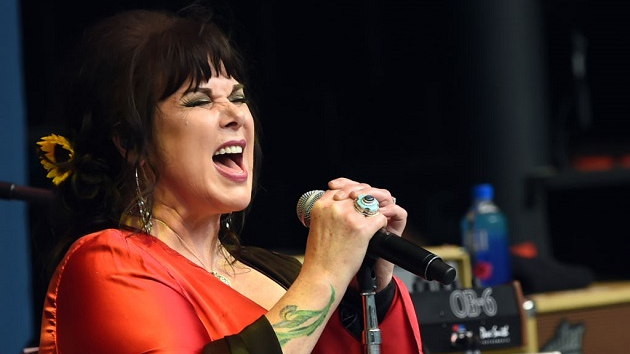 “‘Love of My Life’ is a beautiful song about endless love,” Ann says in a statement. “It was my honor to duet with Vince Gill on this song; an unforgettable experience for which I’m grateful!”

She further explains, “I had the idea for the Queen song ‘Love of My Life’ as a duet, so I just tried to picture who would be ‘the male angel’ that would sing the other part of it. I thought how great the song would be if it was stripped down and just sung with soul, and it had to be Vince Gill because he’s got that voice, that soul.”

Wilson and Gill recorded the track with the members of Ann’s current backing group, The Amazing Dawgs.

The “Love of My Life” duet is available now via digital formats, while a companion music video for the tune has debited on Wilson’s official YouTube channel. The clip shows a thorny rose and a woman’s hand with long, sharp fingernails pulling petals off of the flower. As she comes to the last few petals, she removes the hand that was holding the rose, and we see that it’s bleeding. We then see a man’s hands enter the frame, and he helps wipe the blood off of the woman’s hand.

“Love of My Life” is the fourth advance tune that Ann has released from Fierce Bliss, following the original songs “Greed” and “A Moment in Heaven,” and a cover of Eurythmics‘ “Missionary Man.”

As previously reported, Fierce Bliss will be released on April 29, and can be pre-ordered now.