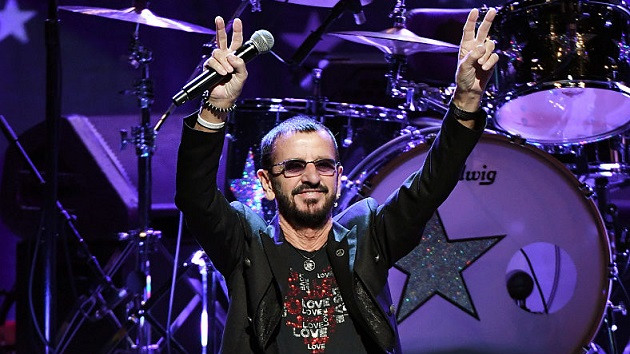 The newly announced series of shows, which includes 19 dates, begins on September 23 in Bridgeport, Connecticut, and runs through an October 19-20 engagement in Mexico City. After the kickoff show, the outing will stop in Atlantic City, New Jersey, and then work its way across Canada, with concerts in Michigan and Minnesota along the way.

Once on the West Coast, the trek will proceed to visit venues in Washington, Oregon, and California, wrapping up the U.S. portion on October 16 at Los Angeles’ famed Greek Theatre.

As previously reported, the first leg of the All Starr Band’s upcoming tour begins with a May 27-28 stand in Rama, Canada, and runs through a June 26 show in Clearwater, Florida. The 2022 trek is made up mostly of dates that were postponed from 2020 because of the COVID-19 pandemic.

“It is so great to finally announce all these shows we had planned for 2020, and I am really looking forward to playing them!” Ringo says. “How great to start at Casino Rama [in Rama, Canada], where we’ve begun 5 All Starr tours, and then to go back to [New York City’s] Beacon [Theatre], and to the Greek, which was the last show we played in 2019 on our 30th Anniversary tour. I can’t wait to see all our fans and until then I’m sending everyone peace and love and see you soon!”