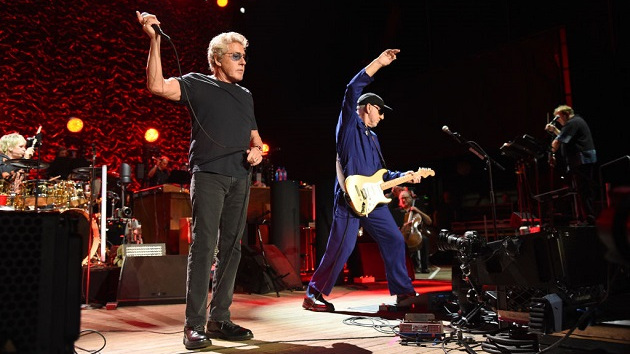 The Who will return to late-night TV when they make an appearance this Friday, April 15, on The Late Show with Stephen Colbert, which airs at 11:35 p.m. ET on CBS.

The British rock legends will be performing in celebration of the 10th anniversary of the Teen Cancer America charity, which Roger Daltrey and Pete Townshend co-founded in 2012. The organization raises money to fund programs and create designated social and recreational areas in U.S. hospitals geared specifically toward adolescents and young adults with cancer.

In conjunction with the anniversary, Teen Cancer America has launched a campaign encouraging people to donate $10 to the cause to mark the milestone. Visit GiveButter.com/TCA10for10 if you’d like to contribute.

The Who’s Late Show appearance is scheduled to take place one week before the band kicks off its The Who Hits Back! 2022 North American tour with an April 22 concert in Hollywood, Florida. Check out the group’s full schedule at TheWho.com.