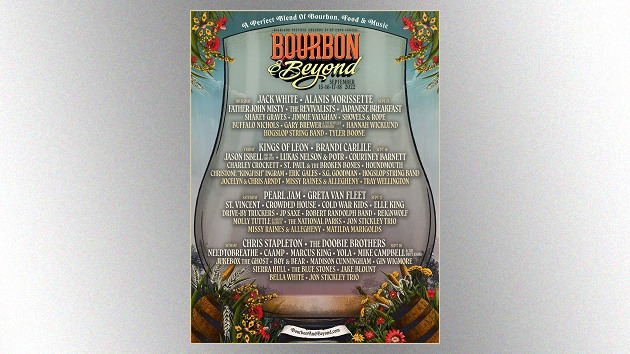 The Doobie Brothers, Metallica and longtime Tom Petty guitarist Mike Campbell and his solo group The Dirty Knobs are among the many artists set to play the 2022 Bourbon & Beyond festival, taking place September 15-18 in Louisville, Kentucky.

Billed as “The World’s Largest Bourbon & Music Festival,” the four-day event will showcase more than two dozen craft bourbons, and also will feature special culinary experiences and much more.

Tickets are on sale now. For the full lineup and all ticket info, visit BourbonandBeyond.com.