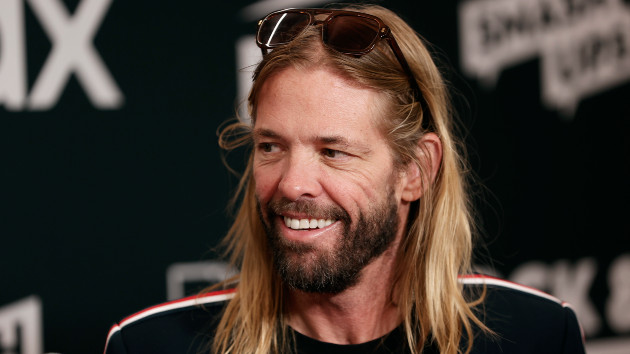 In a statement posted late Friday night, the Dave Grohl-led band wrote, “The Foo Fighters family is devastated by the tragic and untimely loss of our beloved Taylor Hawkins.”

“His musical spirit and infectious laughter will live on all with of us forever,” the statement reads. “Our hearts go out to his wife, children and family, and we ask that their privacy be treated with the utmost respect in this unimaginably difficult time.”

No cause of death was announced.

Hawkins was born in 1972, and began his musical career as the drummer for the Canadian singer Sass Jordan. He then joined the band of another Canadian rocker, Alanis Morissette, and toured with her from 1995 to 1997 as she supported her Diamond-certified album Jagged Little Pill.

Shortly after Foo Fighters had finished recording their second album, 1997’s The Colour and the Shape, Grohl hired Hawkins to be the band’s new drummer, and he remained with the group ever since. Hawkins was inducted into the Rock & Roll Hall of Fame along with the rest of the Foos in 2021.

Outside of Foo Fighters, Hawkins had many other projects, including his band The Coattail Riders and a cover group called Chevy Metal. Late last year, Hawkins launched the band NHC alongside Dave Navarro and Chris Chaney of Jane’s Addiction.

Foo Fighters are currently in Colombia, where they were scheduled to headline a festival Friday night. The band was also previously announced to perform at the Grammys next Sunday, April 3, where they’re up for for three awards.