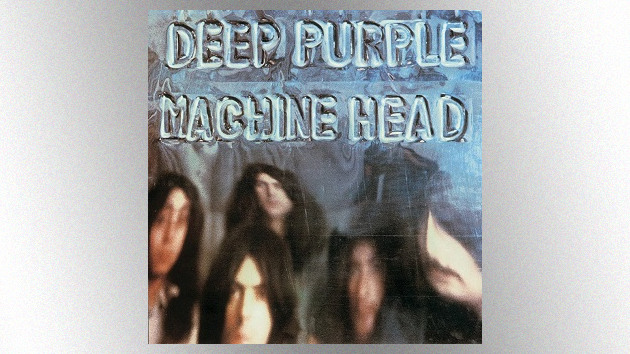 Deep Purple‘s classic sixth studio album, Machine Head, was released 50 years ago today. The record features some of the British rockers’ most enduring tunes, including “Highway Star,” “Space Truckin'” and, of course, the band’s signature song, “Smoke on the Water.”

Driven by the popularity of “Smoke on the Water,” Machine Head became Deep Purple’s highest-charting and best-selling album in the U.S., peaking at #7 on the Billboard 200 and selling over two million copies.

Deep Purple recorded Machine Head in late 1971 in Montreux, Switzerland, on Lake Geneva. While the band was there, the infamous incident occurred that inspired “Smoke on the Water.” Frank Zappa was playing a concert at the Montreux Casino, and during the show, someone in the audience fired a flare gun into the venue’s bamboo ceiling, causing a fire that burned down the building.

After the band had recorded a track featuring guitarist Ritchie Blackmore‘s famous riff, singer Ian Gillan and bassist Roger Glover came up with the lyrics telling the story of the fire.

In 2016, Guitar Player magazine ranked the “Smoke on the Water” riff as the second greatest guitar riff of all time. Blackmore tells ABC Audio that with songs by The Kinks and The Rolling Stones in mind, he intentionally wrote the riff simply figuring it would have wider appeal.

“[M]y whole idea was to pull myself back and think, ‘I want to play something the postman can whistle when he’s…delivering letters,'” he explains.

Ritchie adds, “I think [that’s] why a lot of guitarists go to music shops and play it, because it’s very simple to play.”