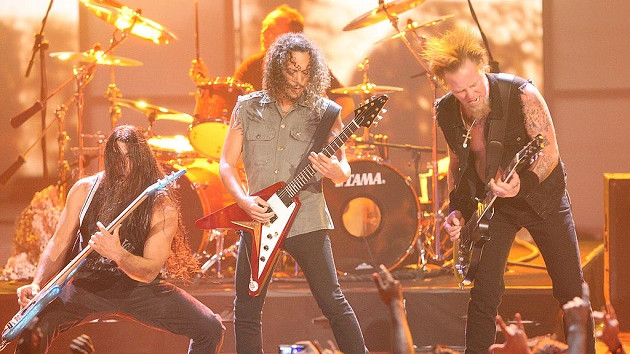 Metallica has announced the release of seven concert films on the Coda Collection, a music-themed channel on Amazon Prime Video.

The series kicks off today with the premiere of 1998’s Cunning Stunts, which was filmed during a 1997 show in Fort Worth, Texas, and 2009’s Orgullo, Pasión, y Gloria: Tres Noches en la Ciudad de México, which captures three concerts in Mexico City.

The next two weeks will see the debut of newly edited and remixed broadcasts of Metallica’s two 40th anniversary concerts, which took place last December in San Francisco. Night one will air March 31, followed by night two on April 7.

Those will be followed by the 1992 doc A Year and a Half in the Life of Metallica premiering April 21, and then 2009 concert films Quebec Magnetic and Français Pour Une Nuit on May 19 and June 9, respectively.

Metallica announced a partnership with the Coda Collection last year, which is set to include a “full slate of concert films, documentaries, and additional content.”