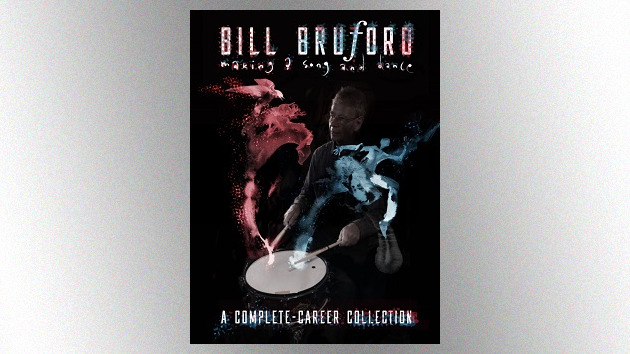 Acclaimed prog-rock drummer Bill Bruford, best-known for his work with Yes, King Crimson and the supergroup U.K., will release a six-CD compilation titled Making a Song and Dance: A Complete Career Collection on April 29.

The box set will feature highlights of Bruford’s 50-year-plus career, including recordings with Yes, King Crimson and U.K., as well as from various solo projects and collaborations.

The last CD is titled “The Improviser,” and features improvisational pieces Bruford recorded with ex-Yes keyboardist Patrick Moraz, King Crimson, Earthworks and others.

“My interest was with the broader discourse on drums and drumming, rather than any notions of success or fame,” says Bruford, reflecting on his musical career. “The latter I could do little about but, in the 1960s, the former was wide open and meaningful contribution seemed everywhere possible. The context in which the first track in the set was conceived bears almost no relationship to the context in which the last was, four decades later.”

Making a Song and Dance comes with a 52-page booklet featuring a biography written by Bruford, as well as rare photos. You can pre-order the collection now at BurningShed.com.

Bill was inducted into the Rock & Roll Hall of Fame as a member of Yes in 2017.