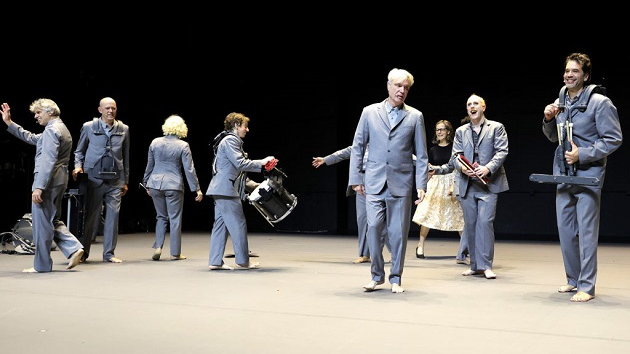 Proceeds raised will benefit the former Talking Heads frontman’s non-profit organization Arbutus, a foundation “dedicated to re-imagining the world through projects that inspire and educate.”

Tickets for the event, which are available now at Eventbrite.com, include seating in the theater’s orchestra section, entry to a post-performance Q&A with Byrne and some special guests, and a gift bag. Those who purchase VIP tickets also will receive a signed copy of David’s new book, A History of the World (in Dingbats), and a vinyl LP of the David Byrne’s American Utopia original cast recording.

In addition, Arbutus has teamed up with social impact platform Propeller to offer fans who donate $5 or more the opportunity to win two premium tickets to the event. You can enter at Propeller.la.

Byrne has two current projects associated with Arbutus — the Reasons to Be Cheerful online magazine, which features stories meant to uplift and and inspire people, and David’s recently announced immersive theater piece Theater of the Mind, which will premiere August 31 in Denver.

“I created American Utopia with the seeds of curiosity and imagination, and those same seeds are why I founded Arbutus,” says Byrne in a statement. “The proceeds from the event on March 30th will allow Arbutus to continue our work at Reasons to be Cheerful and our world premiere of Theater of the Mind, hopefully making the world a little lighter and a little brighter.”